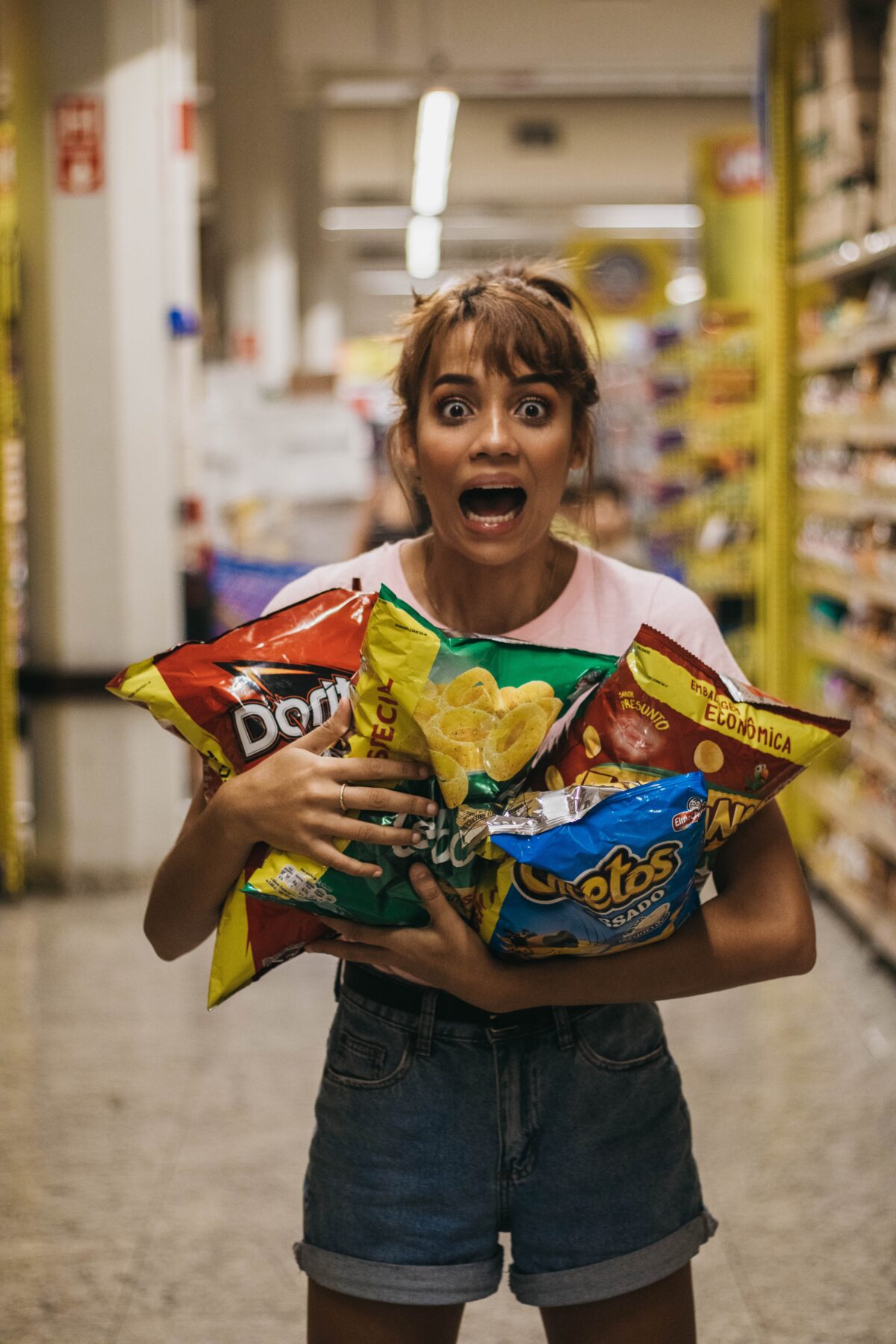 I was recently at a conference in Phoenix with a room full of mental health professionals.

We were there learning a fascinating technique to unlink the emotional memory of trauma in the brain. The implication for using this technique in helping my clients overcome stress or emotional eating is more than exciting.

What this post is about, though, is a conversation I had over dinner with a psychologist who was extremely interested in learning more about my program. She told me that the worst advice she ever gave a patient was to take an intuitive eating course.

I guessed immediately where she was going with her story, so what she told me next was no surprise.

Mary desperately wanted to lose weight and had already tried diet after diet, so she took her psychologist’s advice to try something different and she enrolled in an intuitive eating course.

That sounds like a dream, right? And it might work for someone with zero environmental, biological, emotional, and habitual drives to overeat.

Here’s the problem for the rest of us in one word:

What I can tell from their writing is that most intuitive eating coaches don’t believe all of the hundreds of thousands of scientists that have proven over and over that the organ that controls eating is not the stomach but the brain.

I’m going to simplify this down to its core, so bear with me a moment, please, as I get a tiny bit neuroscientific, because it’s crucial for your health that you understand leptin 101.

I’ll share leptin 102 in another post which involves a fascinating multi-million dollar scandal in which pharmaceutical companies, not overweight consumers, are the big-time losers.

Leptin is THE MASTER hormone in the body, controlling all metabolism and also the thyroid gland itself. Leptin wasn’t discovered until 1994 due to of a combination of the newly emerging field of obesity neuroscience, technology advances, and because no one suspected that fat cells could be a crucial part of two major body systems -Endocrine and Immune – and at the end of the day, that those cells can be actually self-perpetuating.

Leptin’s implications throughout the entire body can’t be stressed enough. Leptin is driving the entire show, which is why it’s super important to understand how it gets messed up as we become overweight.

Leptin (and other recently discovered endocrine and immune functions of the fat cell itself) is the reason that we lose the argument as to whether it’s possible to be both overweight and truly “healthy.”

Leptin’s main job in a healthy right weight body is to tell the hypothalamus how much fat we have on the body. The hypothalamus then up- or down-regulates all other metabolism in the body, and the most important task for this convo is that it either turns off or turns on hunger. It quite literally functions as a hunger switch.

From an evolutionary (pre-supermarket by about 500 million years) standpoint, we need just enough fat to continue to reproduce even when food is scarce, yet not so much that we are unable to move quickly and nimbly to escape danger.

When leptin sends its signal (that there is enough fat for survival), the hypothalamus immediately sends out signals that that we’re full, and we immediately don’t need or want to eat anymore.

If a little too much fat accumulates, leptin gets really loud and the hypothalamus up-regulates metabolism (enter leptin’s control of the thyroid) and burns that extra little bit of fat off so that we can stay nimble and quick and ready to jump over the candlestick.

That’s the way the system is designed to work.

Our system was never designed to be subjected to the barrage of sugar and highly palatable foods we now have readily available with as little effort as it takes to rip open a package.

Unfortunately, in overweight individuals, what has happened is that the body has become insulin resistant and the brain has become leptin resistant.

Leptin is screaming,”THERE IS ENOUGH FAT ON THIS BODY! FOR THE LOVE OF GOD, CEASE THE EATING!”

And the hypothalamus is like my three-year-old – it’s absolutely not listening. It doesn’t even register that the fat cells are talking to it.

The hypothalamus has become leptin resistant and literally can’t hear leptin telling it to send out the “stop eating” signals and turn off hunger.

The hypothalamus does not see what we see in the mirror, and since it can’t hear leptin screaming, it actually thinks we’re starving. So it sends out, “WE’RE STARVING, CUE THE HUNGER AND CRAVINGS and UP-REGULATE THE DOPAMINE REWARD ADDICTION CENTERS IN THE BRAIN TO FORCE THIS FAMISHED BODY TO SAVE ITSELF AND EAT EVERYTHING IN SIGHT,AND DON’T STOP UNTIL LEPTIN TELLS ME TO TELL YOU TO STOP!”

Poor misunderstood leptin is wondering why in the hell no one listens to her. She’ been screaming so long that her partner, the hypothalamus, has totally tuned her out. Familiar to anyone else’s family!?

So what happened to Mary in her intuitive eating course?

She went in metabolically imbalanced and totally emotionally discombobulated around food.

Her leptin resistance was causing her to feel constantly hungry, be super rewarded in her brain for finding evolutionarily dense foods that would have helped her survive three bad winters with one bite, and insulin resistant enough that she re-entered the “blood sugar rollercoaster of hell,” which added to the cravings and confusion.

Her coach told her that to lose weight, she must give herself a license to eat any time she’s hungry, to eat absolutely anything she’s craving, and to stop when she gets full.

Are you still with me in this story?

Mary hasn’t felt “full” in over a decade. She has no clue what “full” feels like because it’s not a signal that her body sends since her brain thinks her body is starving.

She notices when there is zero physical space left in her stomach from- time-to-time, but 5 minutes later she’s hungry again, questioning whether or not she’s losing her mind, and if she needs to be locked in a psych ward to get this under control.

Here’s how it played out: Mary started off gingerly enjoying some of her favorite sugary foods. I mean, her coach assured her that this was the right thing to do.

Her blood sugar now thrust her back on the “eat every two hours rollercoaster of insanity.” As her system became even more imbalanced and she decided to honor her nearly constant hunger as she’d been instructed, she dove head first into the most highly palatable and addictive foods she could find.

She overate partially because processed food is designed to make us overeat, and partially because she was back on the “blood sugar roller coaster from hell,” which drives even more cravings. Yet, all the while, her leptin resistance worsened so that her brain continued NOT to hear the now even louder messages from the additional fat cells telling it to stop the freaking eating already.

How did the whole thing derail with such good intentions?

So what’s the solution for Mary and the rest of us?

This stuff is cyclical and self-propagating, and it gets too mixed up in our cognitive dissonance between our unconscious drivers of hunger and our rational brain’s desires to live in a healthy right weight body which is free of this eating/diet/body insanity for good.

How do we fix it?

So glad you asked.

In my Wild Woman program, we use the Craving Freedom Matrix to calm, balance, and restore the whole metabolic and emotional system. 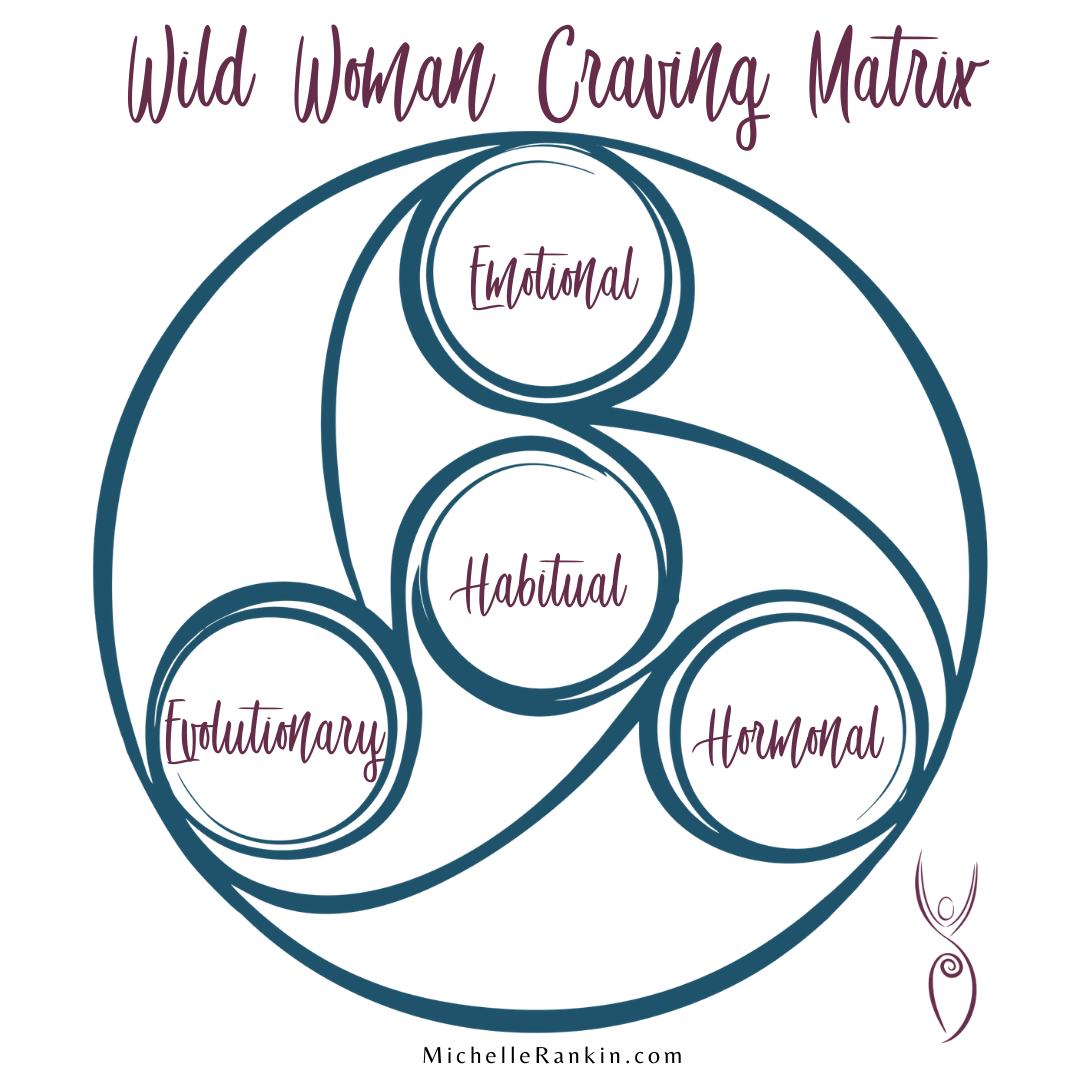 First, we have to stabilize the metabolic and hunger hormones with a properly designed Anti-Diet Eating Plan diet free of processed food and addictive food additives.

Next, we optimize that eating plan so that weight is peeling off at an insane rate (this is how we know we’ve started the journey back to re-sensitizing the hypothalamus to leptin).

Then, we keep leptin and the brain from panicking over lost fat cells by… (well…that, my dear, is a huge part of why my approach is so successful).

Finally, we leverage the cool, calm, and collected state of the hypothalamus, the rekindled connection with our body because it’s behaving well for the first time in 20 years, and the clarity of mind of a low-allergen, high-micronutrient dense, low-carb diet to get serious about unwinding all of the emotional and habitual drivers of overeating.

It doesn’t matter if it’s the chicken or the egg…we all have emotional and habitual shit we need to dissolve to have long-term stress reduction helping with weight loss success.

If we don’t dissolve these issues, it’s like we always have a pilot light lit, and the moment life gets a little wonky around us, we lose our newly found resilience and we return back to eating to soothe, distract, or calm ourselves, and this sets the whole cycle off again.

Once we have all of the hormonal, emotional, environmental, evolutionary, and habitual drivers to overeat balanced, then it becomes totally natural to intuitively eat when you’re hungry and stop when you’re full.

Do you have to be hyper-vigilant forever?

But you do have to understand everything that’s driving you to eat outside of hunger, do the work it takes to get your eating under emotional, hormonal, environmental, and habitual control, and give your body and brain time to allow metabolic healing to occur.

And now you know why, although I can help you lose half a pound a day with my Anti-Diet Eating Plan, we absolutely can’t stop there.

We have to have a holistic, whole body and mind approach to end the roller coaster of diet insanity for good.

Join my free Facebook group to get on the list when the Wild Woman Weightloss doors open next.