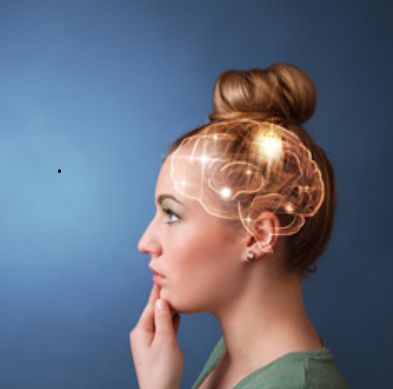 My son is very sheltered at 5 because his kindergarten is located in his preschool and we don’t watch TV…Yep, I’m “that” mom.

He’ll go to a regular grade 1-6 Montessori in the fall, so I’m enjoying his total innocence while it lasts.

However, it only took one trip to the playground recently for him to pick up two (ridiculous for a 6-year-old to be using) words: bro and dope…

Turns out his grandma, dad, and sister don’t care to be called Bro… I’m still Mom, for now.

His constant use of the word dope, as in, “That’s so dope, Bro,” keeps reminding the science geek in me that I wanted to fill you in on the hormone dopamine…

Because it has a whole heck of a lot to do with overeating and food addiction.

The exact same pleasure center part of the brain lights up as happens when drug addicts are exposed to their drug of choice???

Walter H. Kay, M.D., Director of the Eating Disorders Program at the University of California, says,

“Food gives you a modest physiological response via the same pathways that drugs give you a tremendous response.”

So what exactly does that mean? Well, it’s a dope prob, Bro… dope meaning… dopamine.

And the problem is that instead of being more sensitive to the dopamine release from eating tasty food, we over-eaters are actually LESS sensitive.  Let me explain:

Dopamine is responsible for learning from both pleasure and pain, and it is implicated in all compulsive (addictive) action, including gambling, drugs, alcohol, and food addiction.

An article in Scientific American summarizes it well by saying, “In many substance abusers, there is a low level of dopamine receptors, either from the outset OR caused by the behavior…

Which means they increasingly have to seek more dopamine-inducing substances to reach a level of neurochemical reward they can enjoy.”

WE HAVE TO EAT MORE THAN A NORMAL EATER TO FEEL THE EXACT SAME AMOUNT OF PLEASURE.

Symptoms of dopamine deficiency, according to Dr. Jockers, include:

Here’s the good news! I’ve got you, love, WE CAN FIX THIS!

My Wild Woman Weight Loss Program is designed to heal your body and rewire your brain.

Meanwhile, we work on the emotional drivers of overeating and I teach you techniques proven to physically rewire your brain to become more like the brain of a thin person than the brain of an addict.

The metabolic healing that occurs when you learn WHAT to eat coupled with tackling HOW and getting to the bottom of WHY you eat make this program sustainable like none other.